A century ago, on January 26, 1923, Pope Pius XI – who had recently succeeded Pope Benedict XV — issued an encyclical commemorating the 300th Anniversary of the death of St. Francis de Sales and naming him patron of all writers.

The commemorative year, which ran from December 28, 1922, to December 28, 1923, was an interesting timespan. Europeans were coping with the aftermath of the Influenza Pandemic and the devastation of World War I in an atmosphere of anxiety and uncertainty. In October 1922, just two months before the Tercentenary began, Mussolini and his Fascist party marched on Rome and assumed power over all of Italy (including the Vatican, which was not yet a separate state). In November 1923, a month before the tercentenary ended, Hitler staged his unsuccessful “Beer Hall Putsch” in Munich, Germany; a brief stay in jail afterwards was spent writing Mein Kampf and planning the future campaign that would ultimately lead to World War II.

In his 1923 encyclical, Pope Pius XI reflected on “the disorders with which the world today struggles,” and proposed that the life of Francis de Sales exemplified values that needed to be restored, in line with “the spirit of Christ which once upon a time we followed.” The saint was known for having navigated the perils of the Protestant Reformation with graciousness and integrity: “Whoever attentively reviews the life of St. Francis will discover that…he was not a gloomy, austere saint but was most amiable and friendly with all…” and his “kindness of heart never varied, no matter who the persons were with whom he had to deal, the hour of the day, the trying circumstances he had to meet. Not even heretics, who often proved themselves very offensive, ever found him a bit less affable or less accessible…” His gentleness won over many people, even as he spoke out “with evangelical frankness” against “the vices of the people” and unmasked “the hypocrisy which tried to simulate virtue and piety.”

In an era inflamed by poisonous propaganda, Pope Pius XI then offered St. Francis de Sales as a counter model especially for Catholic journalists and writers, noting that “He, by his example, teaches them in no uncertain manner precisely how they should write.” His principles work well for all writers: They should learn their subjects thoroughly. “They should never compromise where the truth is involved, nor, because of fear of possibly offending an opponent, minimize or dissimulate it. They should…try to express their thoughts clearly and in beautiful language so that their readers will the more readily come to love the truth. When it is necessary to enter into controversy, they should be prepared to refute error and to overcome the wiles of the wicked, but always in a way that will demonstrate clearly that they are animated by the highest principles and moved only by Christian charity.” The Pope then emphasized that Francis de Sales’ every work reflected the “sweetness of the love which filled his heart.”

Pope Pius XI went on to proclaim: “Since St. Francis, up to this time, has not been named the Patron of Writers in any solemn and public document of this Apostolic See, We take this happy occasion, after mature deliberation and in full knowledge, by Our Apostolic authority…to declare by this encyclical… St. Francis de Sales, Bishop of Geneva and Doctor of the Church, to be the Heavenly Patron of all Writers.” He instructed that a “triduum or novena” with sermons highlighting the saint’s teachings, be held in every parish of every diocese during the year, and his example should be studied and heeded.

Far away from the turmoil, on this side of the ocean, the saint’s model of behavior and new designation may not have seemed urgently compelling. Our pastor, recently-consecrated Bishop Crane, had a scrapbook filled with clippings from his many engagements across the region during the year – especially his triumphal visit to his hometown in Ashland, PA – but the Tercentenary of our patron St. Francis de Sales is not mentioned!

Now, a century later, Vatican News reports that, “On the 400th anniversary of the death of the Saint Francis de Sales,” Pope Francis hasissued a new Apostolic Letter “entitled ‘Totum amoris est’ (‘Everything Pertains to Love’), in which he recalls how the Doctor of the Church was able to help people seek God in charity, joy and freedom in an era of great changes.” Let’s pay better attention this time!

Saint Francis de Sales is famous for delivering pamphlets under people’s doors in the 1590s – an early form of journalism — but the writings themselves are rarely referenced. Do we know anything about them?

Charles Auguste de Sales, nephew of the Saint (and later, a Bishop) wrote that in 1658, when he returned to his chateau of La Thuille after an absence of fourteen years, he discovered a manuscript “contained with other papers in a plain deal box which for greater security during those disturbed times had been cemented into the thick wall of an archive-chamber.” The manuscript was written “in the hand of the venerable servant of God and our predecessor, Francis de Sales, in which are treated many points of theology which are in controversy between Catholic doctors and the heretics…”

These appear to have been the famous under-door-delivered writings of St. Francis de Sales – the reason he would later be declared “Patron Saint of Journalists!” The translator’s preface to the 1899 edition of the collected pieces, compiled as The Catholic Controversy, notes “The original was written on fugitive separate sheets, which were copied and distributed week by week, sometimes being placarded in the streets and squares. The Saint did not consider them of sufficient importance to be mentioned in the list of his works contained in the Preface to the Love of God, but they were carefully written, and he preserved a copy more or less complete which bears marks of being revised by him later.”

What was in the pamphlets? Saint Francis de Sales wrote the first one to explain his plan for evangelization: since protestants who lived near Thonon in the French Chablais were afraid to come and listen to him, he would put his words in writing for them. This would allow more people to access his information in the quiet of their own homes. It would also give people something they could take to their church minister, if they wished, to get his opinion. “Writing can be better handled; it gives more leisure for consideration than the voice does; it can be pondered more profoundly.” And “it will be seen that…I write in everybody’s sight, and under the censorship of superiors, being assured that, while people will find herein plenty of ignorance, they will not find, God helping, any irreligion or any opposition to the doctrines of the Roman Church.”

Over the course of many installments, de Sales outlined important differences between Calvinist protestants and Catholics on ideas of faith and free will. John Calvin had written that “All are not created on equal terms, but some are preordained to eternal life, others to eternal damnation.” His followers believed that everyone was drawn towards evil, but some were pre-selected by God to be saved in spite of themselves. The identities of those created for the “Secret Church” of the Saved, known only to God, would only be revealed on Judgement Day. Catholics, on the other hand, believed humans had free will to choose good or evil, and their individual actions and choices would determine their place in the afterlife. Earthly success was no measure of special favor. De Sales even acknowledged that “there are many…in the Militant Church whose end will be perdition...” (who will go to Hell) because of their poor choices. These include many “bishops and prelates who, after having been lawfully placed in this office and dignity, have fallen from their first grace and have died heretics...” The rule of faith was in the Bible, which all agreed was Holy Writ, but de Sales observed that its words were interpreted differently by different people: “heresy is in the understanding, not in the Scripture, and the fault is in the meaning, not in the words.” He noted that protestant leaders reconfigured the Bible to leave out portions that didn’t suit them: “Calvin finds that the Apocalypse is to be received, Luther denies it; the same with the Epistle of S. James…Either the one or the other is ill formed…” The “true” church, according to de Sales, is inclusive.

His arguments convinced many. Cardinal Zacchetti, in introducing the cause of Beatification, noted that de Sales “recalled so great a multitude of wandering souls to the Church that he happily raised up and restored first Thonon and then the other parishes.” Today, other works of St, Francis de Sales, such as the Introduction to the Devout Life, are much better known, but his long-ago writings to people in Thonon provide an interesting early example of information dissemination, while offering perspective on some deep roots of differences among those groups that share the name of “Christians.’’

Our church is named for Saint Francis de Sales, the Patron Saint of Journalists (1567-1622), who wrote:

“We shall steer safely through every storm, so long as our heart is right, our intention fervent, our courage steadfast, and our trust fixed on God. If at times we are somewhat stunned by the tempest, never fear. Let us take breath, and go on afresh.“

“Let us be as precise and balanced as possible in our words.”

“When you speak of your neighbour, look upon your tongue as a sharp razor in the surgeon’s hand, about to cut nerves and tendons; it should be used so carefully, as to insure that no particle more or less than the truth be said.“

“Above all, avoid false accusations and the distortion of truth regarding your neighbor.“

“Never be in a hurry; do everything quietly and in a calm spirit. Do not lose your inner peace for anything whatsoever, even if your whole world seems upset.” 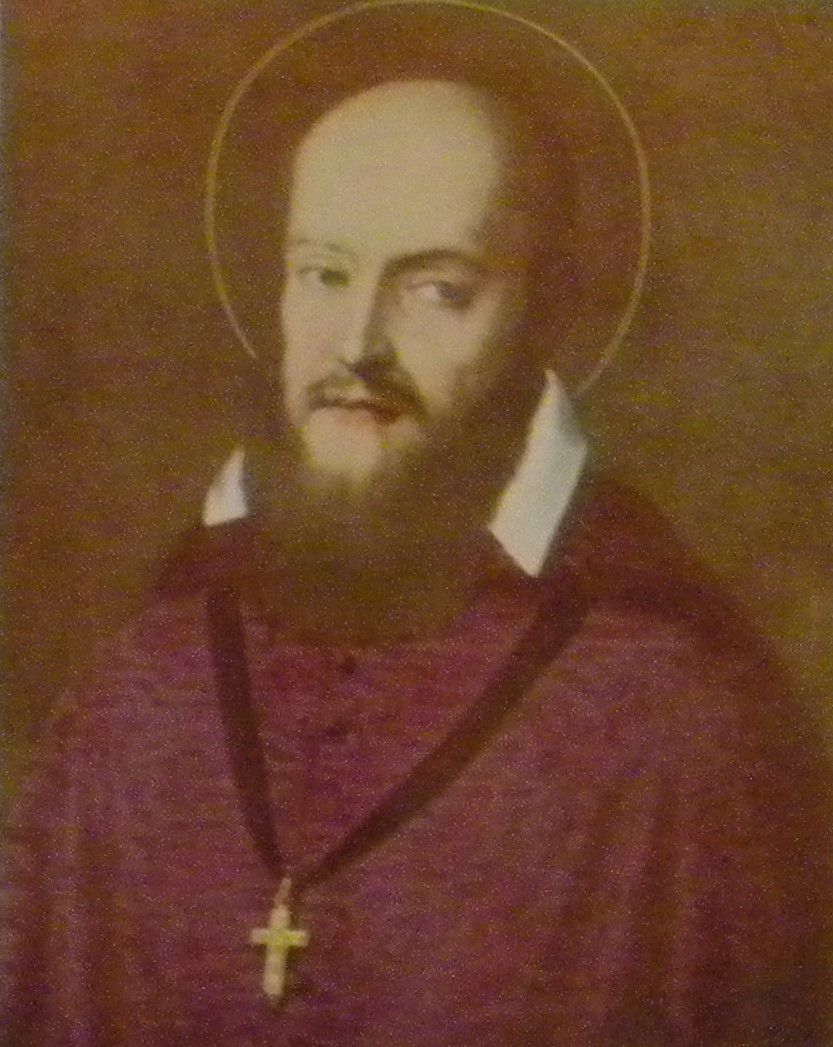 A modern Prayer for Journalists is shown on a plaque in St. Bride’s Episcopal Church in London, which ministers to the Fleet Street press:

Almighty God,
Strengthen and direct, we pray, the will of all whose work it is to write what many read,
and to speak where many listen. May we be bold to confront evil and injustice: understanding and compassionate of human weakness; rejecting alike the half-truth which deceives, and the slanted word which corrupts.

May the power which is ours, for good or ill, always be used with honesty and courage,
with respect and integrity, so that when all here has been written, said and done, we may, unashamed, meet Thee face to face,
Through Jesus Christ, Our Lord.
Amen.

On World Communications Day, May 24, 2020, Pope Francis entreated: “May this event encourage us to tell and share constructive stories that help us to understand that we are all part of a story that is larger than ourselves, and can look forward to the future with hope if we truly care for one another as brothers and sisters.”