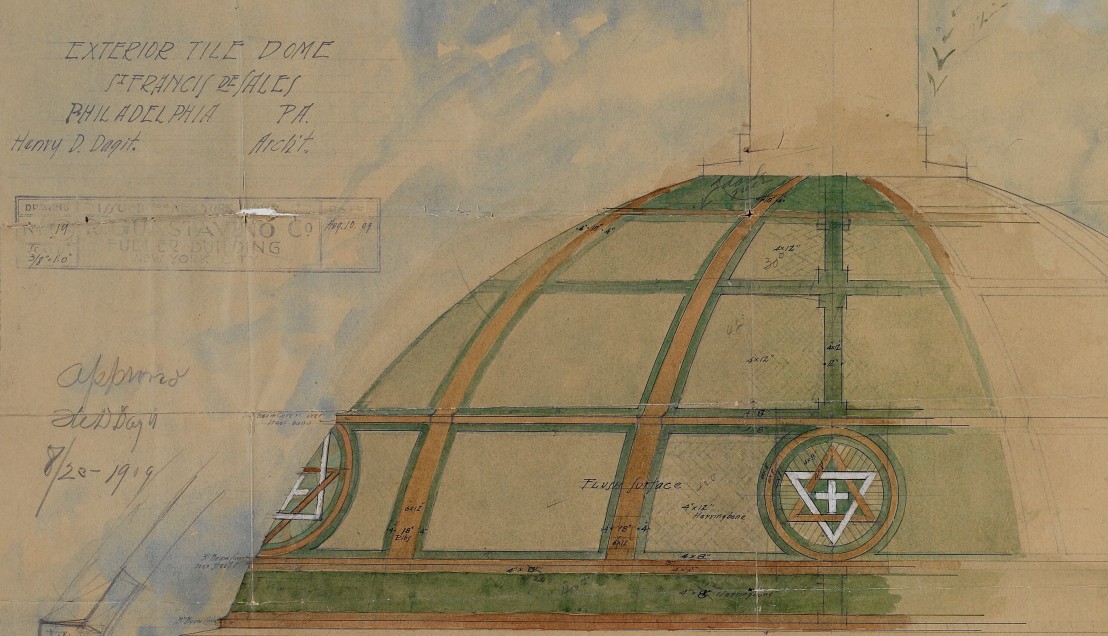 The distinctive domes of St. Francis de Sales Church are a local landmark – and a work-in-progress.

The four small domes and one large one were constructed by the renowned Guastavino firm around 1910 – the only remaining Guastavino domes without exterior roofs in the U.S.

Their first renovation was in the 1950s. When Reverend (later Bishop) McShea became pastor in 1952, we are told that the domes were “in poor condition, and leaking into the church.” McShea, who “was proud…that the domes could be seen as part of the skyline from a distance  in the city…” specified that any fixes must “maintain the character”  of the domes. The chosen solution was to coat them with a layer of concrete to reinforce the structure, then cover them with new heavyweight glazed ceramic tiles in “artistic patterns similar to those in the existing dome.”

Fifty years later, the joint between the big dome and the lantern at the top let in water and the modern tiles were peeling off, so new repairs were needed. Annabelle Radcliffe-Trenner and her team from Historic Building Architects studied the original Guastavino structure and the engineering complications created by the 1950s work, and determined that the best available option was to seal the concrete and paint it to match the original dome colors.

What were the original colors? Interesting question. The dome was resurfaced before the advent of color photography, so we don’t have that visual record. Guastavino archives yielded watercolour paintings from 1909 showing proposed decorations in green and gold. Then, core samples of original tiles, taken from under the concrete, provided solid evidence.

In 2011, Annabelle’s crew exactingly recreated the original colors and patterns of the domes using specially-formulated paint. It took about four weeks to prepare the surface and two weeks to paint,  and looked great when it was finished (with colors that differed somewhat from the more familiar 1950s tiles). But, over the next few years, the paint unexpectedly deteriorated, with greens turning yellow and flaking away like autumn leaves.

The paint, still under warranty, was re-evaluated exhaustively. A new test patch about four feet square was applied a year ago, and for now, we are “watching paint dry” – usually the definition of “unexciting,” but in this case, providing important data points, since we don’t know why the paint failed and it’s important to get it right. So in a hurried,  impatient age, our semi-painted dome, quietly waiting, is a reassuring reminder that there’s “a time for every purpose under heaven”! 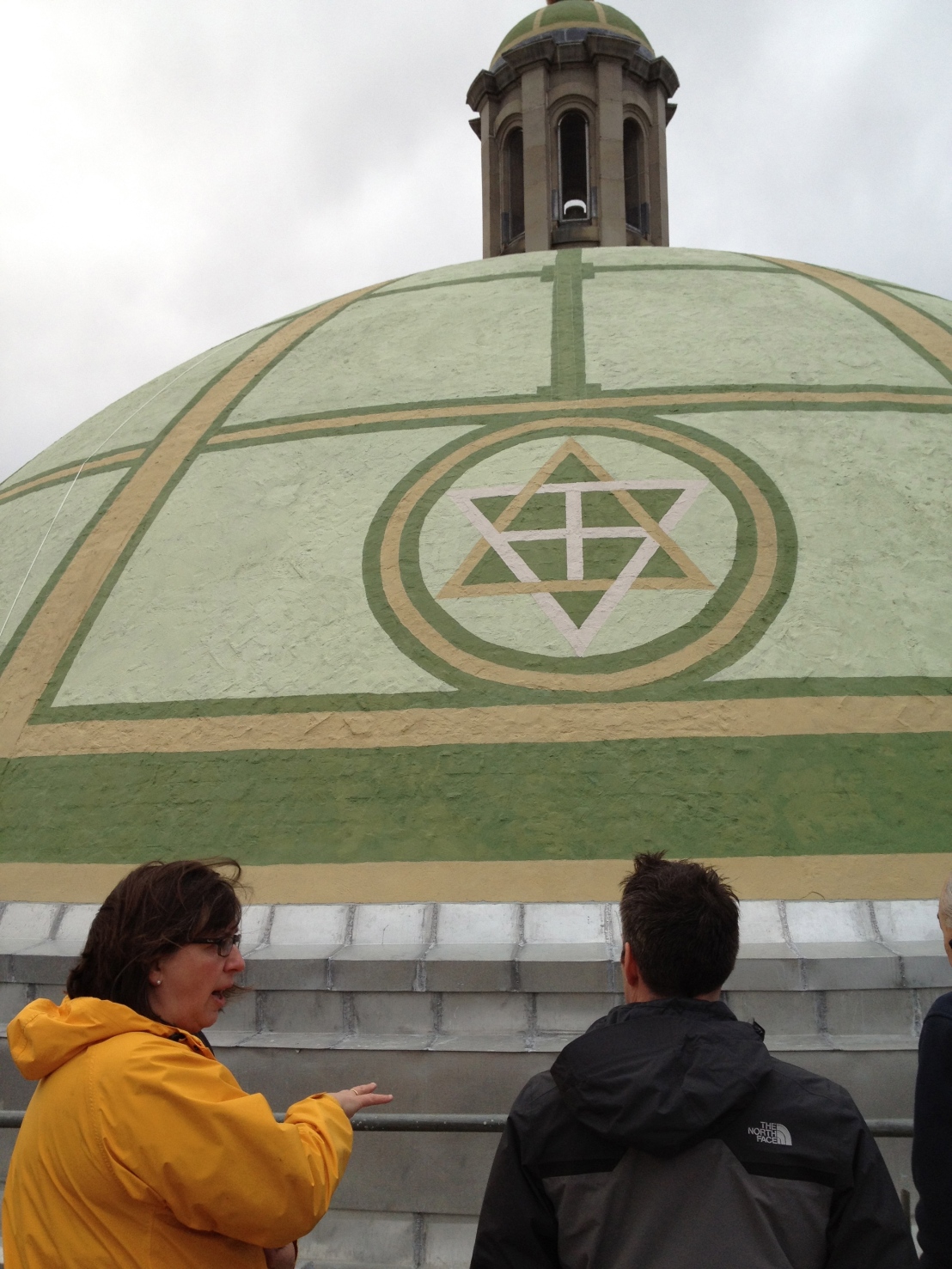